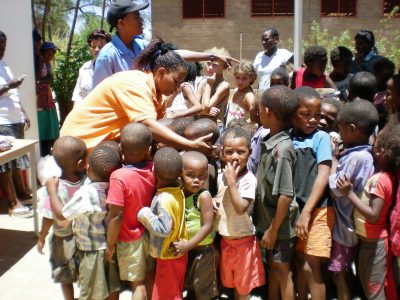 In 2019, Sub-Saharan Africa had a population of just over 1.1 billion people, contained 27 out of 28 of the world’s poorest countries, and faced a poverty rate of about 41%. According to the United Nations, HIV is “a disease of poverty” in Sub-Saharan Africa, with factors such as a lack of education directly contributing to the epidemic.

Sub-Saharan African countries have the most HIV cases in the world, with 20.6 million people living with HIV in 2018. Although the region consists of only 6.2% of the world’s population, it contains 54% of the world’s HIV cases. In 2018, forty-four girls aged 10 to 19 died from AIDS-related illnesses every day. Fortunately, an app called Boost aims to tackle the HIV epidemic by educating Sub-Saharan Africans about HIV and sexual health.

While HIV is is an ongoing problem in Sub-Saharan Africa, the region struggles with stigma and other issues relating to sexual health. For example:

Although stigma has continued to decline, its persistence will prevent Sub-Saharan Africans from learning about sexual health and HIV, ultimately jeopardizing their safety.

What is Boost and How Can it Help?

The developer of Boost is Avert, a United Kingdom-based nonprofit that was founded in 1986. Its mission is to “ensure widespread knowledge and understanding of HIV and AIDS, in order to reduce infections and improve the lives of those affected.” Avert focuses on HIV and sexual health worldwide, working with countries in Sub-Saharan Africa to develop Boost, a mobile app and website that was launched in January 2020.

Boost’s goal is to provide clearly presented information for health workers in Sub-Saharan Africa to educate themselves and others about sexual health and HIV. It was created in collaboration with over 100 health workers from Malawi, Zimbabwe, and Zambia. Boost’s resources are free for health workers to use with their clients in clinic waiting rooms, home visits, and group sessions.

The nine sections are:

The subsections discuss the prevalent health and social issues that Sub-Saharan African countries face. Issues include preventing pregnancy, understanding sexuality and mental health, and the functions of condoms. Despite the app only being launched recently, health workers in Zimbabwe and Zambia have already reported positive experiences.

Looking Toward a Brighter Future

Avert has high hopes for what the Boost app can accomplish. In addition to updating Boost with new information and improving the app’s functionality, Avert hopes to incorporate WhatsApp into Boost. This would allow Boost users to easily access information through the messaging platform. Avert is also working with Zimbabwean NGOs to perform an initial case study to understand the Boost app’s impact and improve it accordingly.

The stigma surrounding discussions about sexual health and the resulting inaccessibility of resources continues to prevail. However, Avert’s efforts to resolve the HIV epidemic in Sub-Saharan Africa allow the region to look toward a brighter future.